Of all the Fjällräven products, the simple and durable Kånken backpack has done the most to propel the brand’s recognition worldwide.

Virtually anywhere in the world, if you keep your eyes peeled long enough, you will likely see a Kånken. Or one of its counterparts, like the Kånken Mini, Kånken Laptop or Kånken Totepack. From city streets to beaches, from forests to fields, from trains to buses.

How Kånken got to where it is today is a story of problem solving, imagination, innovation and tenacity. And, like all good stories, it is best to start at the beginning. Straightening out a generation.

In the late 1970s, statistics showed that nearly 80 per cent of the Swedish population suffered from back pain at some point in their lives. Perhaps the most alarming aspect of this news was that back problems were starting to appear at an ever-younger age. Shoulder bags were popular with children at that time, but experts felt that the risk of back pain could be reduced if the weight of schoolbooks was distributed across both shoulders. 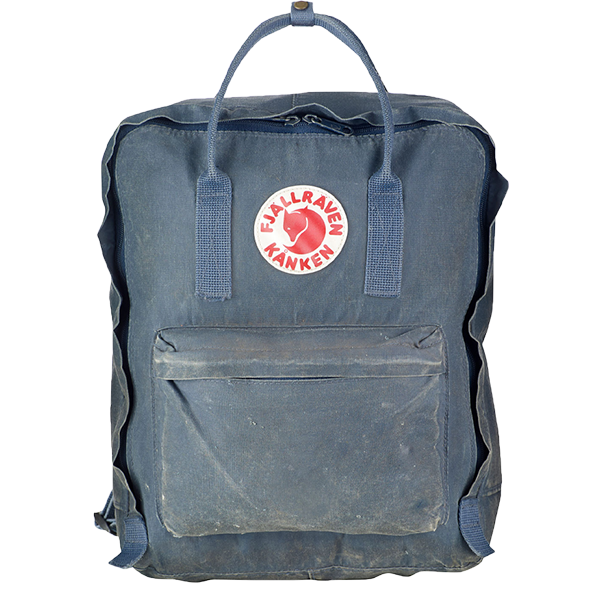 Fjällräven founder Åke Nordin was following the story as it developed. He decided to design a functional square backpack just for children with plenty of space for their schoolbooks and paper (two A4 binders to be precise). To prototype the first backpack, Åke used the most durable fabric he could find and let the straps run down the entire back of the bag so they would not loosen from the brackets.

The best part? The backpack would leave kids’ hands free for other activities. There was one problem: Åke had no idea what to call his creation. It was during a holiday that he and his brother-in-law, a reporter for one of Sweden’s largest tabloid newspapers, came up with the name Kånken. It was a play on the Swedish word “kånka”, which means to lug stuff around. The first Kånken backpack was produced in cooperation with the Swedish Guide and Scout Association and introduced just in time for the 1978 school year. Ensuring the venture was profitable, Åke had to make 5.000 Kånkens. With only one seller agreeing to take 75, he decided to risk it and his brother-in-law sent an article to the Swedish media about a backpack that could solve back pain in children. Over 100 outlets printed the story. Though Åke had planned to sell 200 Kånkens the first year, he sold twice as many. The following year, sales leaped to 30.000. Kånken’s success was assured. Gracing the backs of children and adults in Sweden and Denmark for several decades ensured Kånken’s status as a Scandinavian icon. The backpack however, sold only in small volumes outside of the two countries. With one exception: Japan. In 2006, on a routine supplier visit in Osaka, Fjällräven’s newly appointed CEO Martin Axelhed met Åke to propose an idea: a colourful facelift for Kånken.

Until then, Kånken was only available in a few colours. In 2008, just in time for Kånken’s 30th birthday, a bold new spectrum of colours was introduced. The colours breathed personality and individuality to the backpack, but it was Martin’s wife who spotted a gap in the new palette. Where was the pink?

Though Kånken was a product anchored in tradition, it was a valid question. Pink – and a range of other colours – were introduced. From then on, Fjällräven let Kånken push its boundaries.

Kånken started making its transatlantic journey in 2007, when Åke’s son Martin Nordin allowed the backpack to be placed in select trendsetter stores across the United States. Soon enough, Kånken was appearing in magazines, blogs and slung over the shoulders of hipsters and celebrities alike. America was the launchpad Kånken needed for other markets and people started making Kånken almost a part of their identity. Fans from around the world were personalising their backpacks, taking them globetrotting, and posting their Kånken content to social media.

From 2010 to 2017, sales of Kånken grew tenfold. The strategy of staying true to its unique and simple design propelled the backpack – and Fjällräven – to global brand status. It was during this time also that the 2016 Swedish Society of Crafts and Design jury designated Kånken a piece of utility art. It now has protection under copyright law.

Supporting the environment through innovation.

Due to its popularity and position as Fjällräven’s boundary-pushing product, Kånken has proven a useful platform for innovation.

For example, in 2016 Re-Kånken was developed to test making Kånken from as little raw material, water and energy as possible. It was made from 11 recycled PET bottles and coloured using the more sustainable Spin-Dye® technology. In 2019, the Kånken Art series was launched alongside the Arctic Fox Initiative, which is Fjällräven’s fund for non-profit organisations that protect the environment or encourage people to get into nature. For Kånken Art, each year a different Swedish artist uses the backpack as their canvas to express their relationship with nature, or draw attention to an environmental issue important to them. Since 2019, a portion of every Kånken Art sale goes to the Arctic Fox Initiative. 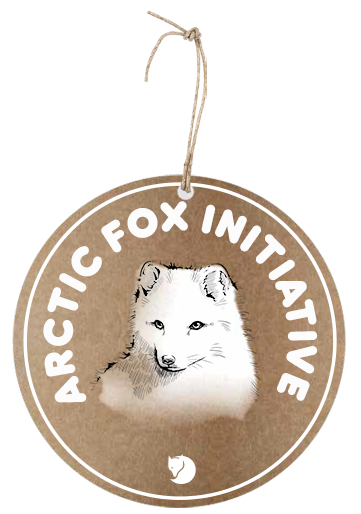 With one of the latest Kånken developments – Tree-Kånken – Fjällräven R&D has been testing alternatives to fossil-based materials and a new plant-based fabric: Pine Weave. Launched in summer 2021, the fabric uses only raw material from Swedish trees.